The Chemicals Behind the ‘New Car Smell’ 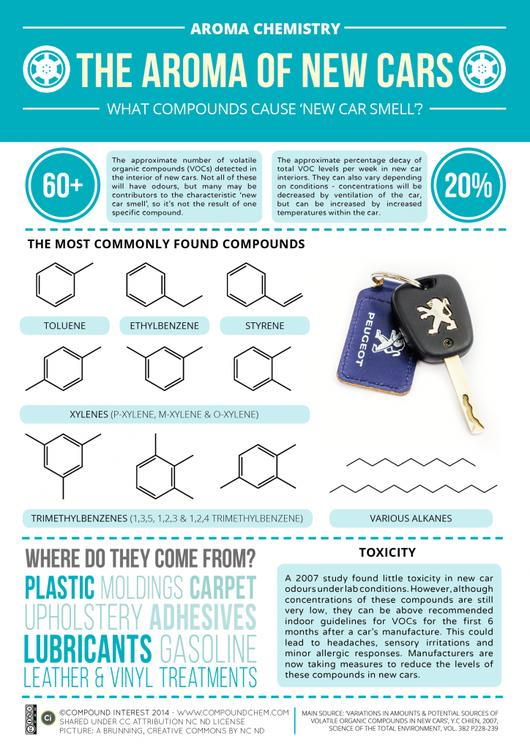 The Chemicals Behind the ‘New Car Smell’

This graphic comes off the back of a number of requests for it to be added to the ‘Aroma Chemistry’ series. The characteristic ‘new car smell’, as with the majority of entries in this series, can’t be pinned down to just one compound – rather, it’s a complex mixture of chemicals that, combined, give the recognisable smell. Here’s a look at some of the major compounds, and where they come from.