“The Other Carbon Dioxide Problem” 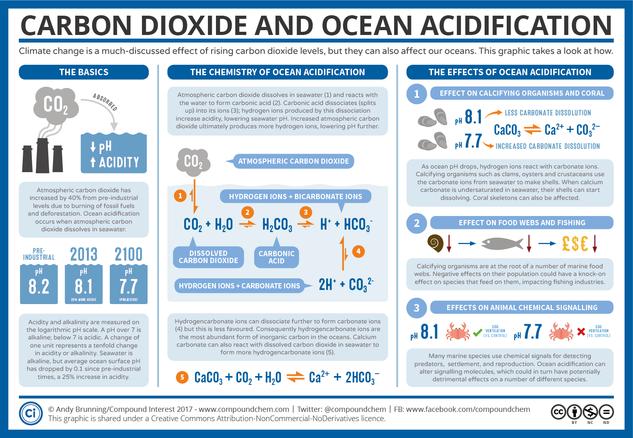 Ocean acidification is often referred to as ‘the other carbon dioxide problem’. We’re all quite rightly concerned about the effects that rising atmospheric carbon dioxide levels may have on climate, and the potential consequences of climate change are well documented: more frequent instances of extreme weather, and higher global average temperatures to name but two. Ocean acidification gets comparatively less press, and as such is sometimes misunderstood – but its effects could be equally serious.