What Gives Beer its Bitterness & Flavour? 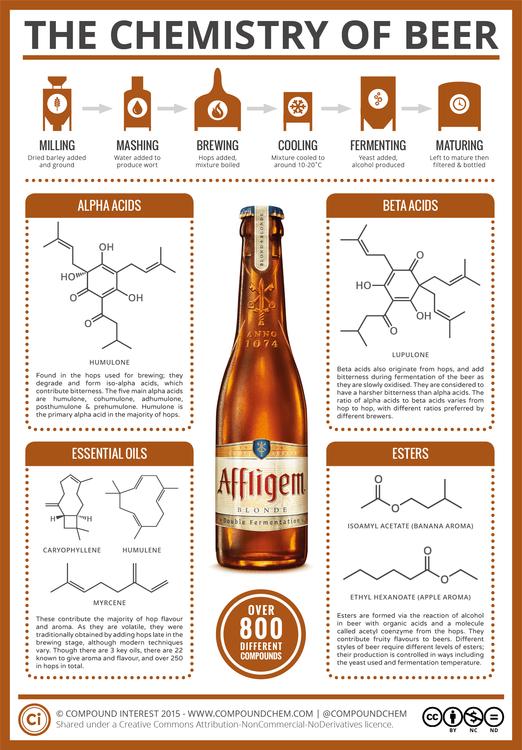 What Gives Beer its Bitterness & Flavour?

There are few things better than an ice cold beer on a hot day. Chances are, when you crack open a beer this summer, you probably won’t be thinking much about chemistry – but it’s the particular chemicals in beer, produced in the brewing process, that give beer both its bitterness and flavour. It’s a real chemical team effort, with several important chemical families, each contributing something different but vital to the eventual taste of the beer.